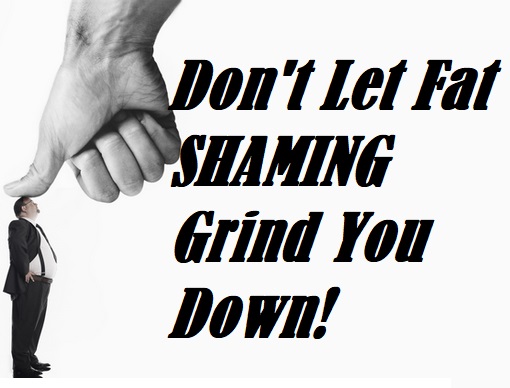 Humans will never change and we will always continue to insult and offend other humans. Whether on purpose or by accident, it will continue regardless. Especially since we have evolved into the internet driven world that we live in where insults are just a click of a mouse away. Sounds pretty negative right, well yes. Unless you know how to deal with being fat shamed.

The truth is, it’s not easy to deal with. Being called fat will always hurt our feelings, because it’s one of our greatest insecurities. Other weak humans know this and play on it to make themselves feel better. It’s sad, but very true. So the key to dealing with fat shaming is understanding. Understanding not only yourself, but also why the other person feels the need to fat shame you. However, at the end of the day, some people are just programmed to be rude and bullies so to speak. These kinds of people are not worth your time, words or tears. Believe me, they are not worth it. However there are a few ways you can deal with this so it doesn’t happen or when it does you know what to do. 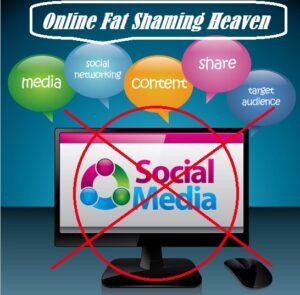 One thing to remember is that people on the internet can be very mean to you. When people hide behind a screen, they feel taller, stronger, faster etc. People think they are Superman when their real identity is hidden. So try remember this, and take it with a grain of salt. You don’t need to prove anything thing to these pixels on a screen. Don’t take the bait like they want you too.

There are people that will tell you on social media or on other sites that you’re fat and will call you names because there are no repercussions for their actions. That’s why when you are online, you shouldn’t make a post with a picture of yourself and share it with the whole world. Just share it with family and friends, and if anyone fat shames you they can be blocked from seeing anything you post in the future.

How To Deal With People That Fat Shame You

Take people out of your life that treat you poorly because you are a bigger person. Even if it is someone you consider ‘close’. You may, for instance, have a partner that always tells you to lose weight or they’re going to leave you. Let them leave or try to get out of that kind of a relationship so you’re not always feeling bad about the way you look. Whether you overeat for different reasons or have a health condition that makes you overweight, you should be treated like anyone else. That’s why you need to steer clear of those that make fun of you or talk down on you.

Public Shaming For Self Confidence

Know that you’re probably going to be fat shamed in public from time to time. People may make mean gestures towards you or will whisper and laugh to each other about the way you look. Why do they do this you may ask?. The simple answer is to build their own self confidence by dragging someone else down.

Nobody is perfect, but as you grow older, this kind of behavior is simply not acceptable. Do you remember when you were younger, like 5 years old to maybe 15?. As kids we have learned that it is cool if you make your friends laugh at someone else expense. Even subtle bullying like having a go at your friend for coming last in a race, or in a group video game. As a young child, we think this is normal. Which is absolutely incorrect. But, some people don’t grow out of this mentality. Even if the young kid does not agree with the person fat shaming someone, because everyone else is laughing, this kid feels he has to laugh as well or the insults will start heading his way.

Fighting Back At Fat Shaming 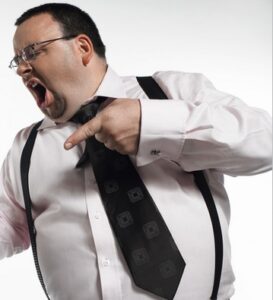 I’m an introvert, so I generally will take one for the team. The team being me. Some extroverts will fight back at the person fat shaming. But at the end o the day, this nearly always just ends up like a school yard yelling contest. Your feelings are still hurt and the other person feels they have won. But it’s not about winning or loosing, it’s about taking pride in yourself and being the bigger person.

This is how I combat fat shaming, while even tho it still hurts it’s become a good defense mechanism foe myself. Be the person that doesn’t let this get to them. Don’t allow the people doing the fat shaming to get their pathetic little victory of making you upset. After all that is all they want, to make themselves seam mightier. Don’t let them get anything out of it, this will frustrate them even more. Point to you, well done.

If you give them a reaction then they are just going to keep bothering you. If they can get satisfaction from doing it once, what makes you think they won’t come back looking for another ego boost?. When people make fun of someone, they are generally doing it to make that person uncomfortable and sad so don’t let them get to you. Just keep going about your day like they don’t exist. I know some bullies are persistent and will keep harassing you. They do this because they NEED that satisfaction of making themselves feel better by putting you down. But eventually they will give up when they know they have lost the battle. However, if at any stage you feel your well being being threatened. Do not ignore this. Contact the authorities.

There are a lot of groups online that you can join that deal with being overweight where you can get advice on how to deal with fat shaming. You could even comment on this post if you are suffering the abuse and need to talk to others about it. If anyone fat shames on this site, they won’t get approved.Or even on my Facebook FanPage which can be found at the top right of this page.

See if you can, for instance, find a forum for overweight people and join it to ask people for advice. Before you post you may want to use the search function on the forum to see if anyone else has talked about being fat shamed. That way, if there has been a topic about it you can read through it and see what kind of advice there is for you to use yourself.

Know that people who fat shame are generally not happy in their lives so they take it out on other people. You shouldn’t feel mad at someone that is going around making fun of others. You should feel pity for them and if they try to bother you it’s a good idea to just remember that their lives are so bad that they get joy out of being mean. That’s no way to live, and you definitely want to remain the better person by not giving in to them. Don’t give them the fuel for the fire so to speak.

If someone close to you fat shames you or someone else in your presence, let them know what they have done. A lot of people don’t realize what they are doing and you have to let them know or they will keep on doing the offending activity. For instance, if you’re sitting around with someone at the mall and they point out how someone big shouldn’t wear a certain kind of outfit, you can let them know it offends you when they talk like that. That way, you let them know and they are less likely to fat shame people in the future.

Knowing how to deal with being fat shamed is a good thing. You can use the advice you were given here to help you avoid letting people get to you. And, you can avoid situations where it’s clear you’ll have a problem with people that like to fat shame others.

How I Dealt With Fat Shaming As A Youngster 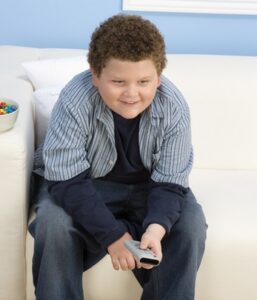 I was certainly not a small child growing up, but I wasn’t the biggest either. But for some reason I was the target of bullying and fat shaming. “You have bigger boobs than Amanda Chillos” they would say to me. Of course this hurt, even tho I was only about 12 years old. Then they would do all sorts of things like pull the chair out as I would go to sit down in class. You know, the typical bully things they do.

Me being an introvert and rather shy, did nothing. Nothing at all. I would pick up the chair and sit down ready for class. I avoided confrontation and I didn’t bite back. Had it been my Brother or someone, I may have. But I knew these guys were the school bullies and only want self satisfaction out of it. Do girls really think it’s impressive when a guy bullies someone for being overweight?. Like really.

Anyways, it didn’t take long for the bullies to realize ‘I was no fun’ and they moved on to the next student that matched their profile. So I dealt with fat shaming by giving them no ammunition at all. Simply ignoring every thing they tried to do to get attention. This worked for me, but I am fully aware that some bullies are worse than others and can take it to extremes.

Now that I am older and wiser (lets hope), I realize than being as overweight as I am is dangerous for my health. But that doesn’t mean I shouldn’t enjoy life. Which is why I find products that are suitable for heavier people so that we can feel comfortable living our day to day lives. I started buying exercise equipment designed for larger people in order to try get more healthier. This is going to be a long road, but it’s one that is worth it.

Plus size Superhero costumes for Women come in a variety of shapes and Sizes. But what Superhero they come in are what […]

Self Value: Am I worth It? As somebody who’s suffered from serious self esteem issues for as long as I can remember, […]

Lately my Family and myself have been attempting to eat better and become more healthier. As we are all big and heavy […]

When you’re a big boy or girl, it can very difficult finding a life jacket from your local store to fit a […]