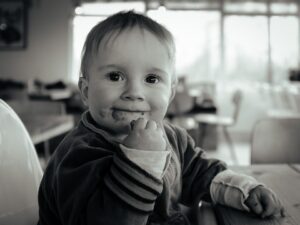 Over the past 30 years the number of children who are overweight or obese has tripled according to heart.org. With statistics of one in every 3 kids being overweight, I think as a parent myself it’s quite important to be good role models for our Children. For Adults tho, its considered to be seriously overweight when our weight is at least 20% above the ideal weight. But for children, it is better to look at the growth curves and physical attributes..

The Development Of Overweight Children

Some Children have a genetic predisposition making them heavier than the ‘normal’. Most overweight people have a normal number of fat cells, but these cells contain more fat. But a younger group of overweight people have more fat cells than average. This group of people are often at a young age are overweight. For this group it is more difficult to lose weight. But often there is nevertheless a wrong eating and exercise patterns underlying the obesity.

When one or both parents are overweight, the risk of obesity in children increases. Partly, this is determined by heredity. The child has a tendency to gain fat faster. But it also shows an innate preference for sweetness found to be with these children. In addition to the hereditary factor, the parents can also strongly influence the behavior of the child. The parents can determine the child’s eating behavior, which is not always healthy. Children can learn to ignore what the body is telling them (I’m Full), especially when rewarded with treats and sweats. I myself am very guilty of this.

Another important role in the effect of a Child becoming overweight, is lack of physical activities.  Children who are overweight can often exercise very little, yet not eat very much either. But their unique bodies can affect the outcome, which can lead to being overweight. I have often heard that a baby that is less mobile when very young can be a sign of the Child being overweight in the future. They are often satisfied, calm babies. It was found that these babies often drink faster and take fewer breaks during drinking. It has also been said that children who are breast-fed are less likely to be overweight than children who are bottle-fed. Now this I cannot detest too.

Free Children’s BMI Calculator is available online to find out if my child is overweight or not.

The first risk of being overweight as a child is also to be obese as adults. A large number (Around 80%) of children who were overweight also have weight problems moving into Adulthood.
Obesity brings a number of risks with it. Being overweight increases the risk of osteoarthritis, diabetes, cardiovascular disease and joint problems by overloading the joints. As well as psychological problems can be the result of being overweight. Children can be very teased about their weight during all aspects of their lives. They can therefore be very insecure, have low self-esteem and even depression. Which is not what we want for our Children. 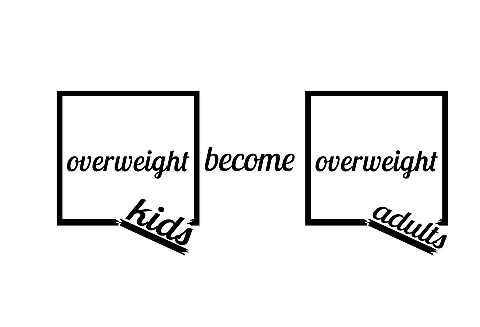 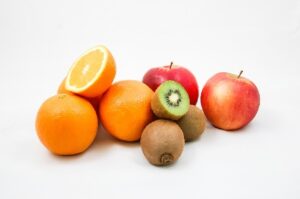 A large proportion of overweight children do not have to lose much weight. It’s more important to stabilize their weight in my opinion. Stabilizing the weight can often be achieved by critically looking at the eating habits of the child. It’s not always the case that the child eats too much, but often the child eats the wrong things or perhaps too much of the wrong foods. The snacks are often too sweet or too fatty for the Child’s body to break down in time. In addition, we Parents often give our Children the wrong foods in belief that this is healthy, like fruit juice, yogurt drinks, chocolate and so on. But this is partly a misunderstanding. These drinks and foods contain many sugars.  But because of the high sugar levels, the Child’s thirst hasn’t been quenched. Which can therefor lead to more drinking (preferably water) but often the same sugary drinks.

Having regularity is also very important. Three main meals should be at fixed times. In addition, two snacks are no problem. But at other times, there should not be eaten more. This will result in more time where food is not associated with. Rather than just snacking whenever. The three main meals can achieve a balanced diet with just a few small adjustments. Fiber rich food supplements can encourage the Child to eat less.

In addition to adjusting the food source, it is also important to look at how much physical activities the Child partakes in. Again, sometimes only minor adjustments in the Child’s physical activities needs to be undertaken. For example, when safe, instead of driving the Children to School, why not make it a family bike ride everyday to school. It is also good when the child attends a sports club. But in this case, the child’s motivation is very important. A child who reluctantly goes to sport will have little benefit and will be looking for ways out as possible. Sport / movement must fit into the life of the child. The parents can play an important role by being life examples and can also encourage to continue moving along with the child.

The involvement of parents is critical to achieving success. Parents have an exemplary role, but are also very important in motivating their child. When parents keep control of the child’s food, the child learns portion sizes, eating speed etc and will naturally be able to continue this onto Adulthood. Another factor that affects the success of a Child’s weight loss is whether the child is ready to change. Which can be very hard for a Child young of age.

It may also be an idea to educate the Children on the effects of eating too much and little exercising. Such as feelings of insecurity, low self esteem, depression or anxiety to rise. Without this underlying issues assessed, it can be hard for Children to understand why they shouldn’t eat more and more frequently.

Obesity affects millions of people around the world. It is a growing problem that has resulted in a host of chronic illnesses […]

Interaction Between Body Weight & Migraines Can being overweight cause headaches? If you are classified as obese or overweight and notice that […]

I heard of a story recently about an obese person being refused a professional massage because of their size. While this is […]

Humans will never change and we will always continue to insult and offend other humans. Whether on purpose or by accident, it […]